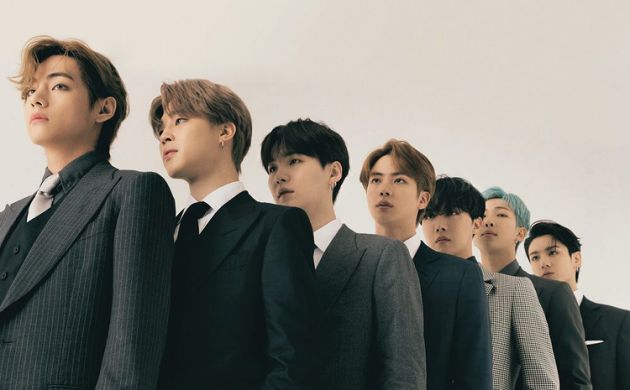 (UPI) Shares of Big Hit Entertainment, the management agency behind K-pop sensation BTS, made a splash in their debut on Korea’s stock exchange Thursday, opening at twice the original offering price and bringing a windfall to the label’s founder and its biggest stars.

The Big Hit offering opened at $235 per share on the Korea Exchange, twice the price of its initial public offering of $117. It shot up another 30%, the daily limit, after the opening bell before closing the day at $224.

Big Hit ended its first day of trading valued at nearly $7.6 billion, creating massive wealth for its founder and co-CEO, Bang Si-Hyuk, who owns more than 36% of the shares. Bang’s stake is now worth some $2.7 billion, vaulting the 48-year-old into the ranks of South Korea’s richest individuals.

The seven members of BTS, the band that accounted for almost 90% of Big Hit’s revenue last year, also saw their personal fortunes skyrocket, as each had been given 68,385 shares of the company. That individual stake closed the day valued at $15.3 million.

BTS is a global sensation whose success helped Big Hit’s revenues nearly double last year to $512 million. In September, they became the first Korean act to debut on Billboard’s Hot 100 chart with their English-language single “Dynamite.”

The boy band has continued its record-setting ways, currently sitting in the top two spots of the Hot 100, with their remix of Jason Derulo and Jawsh 685’s “Savage Love” at No. 1 and “Dynamite” at No. 2.

Despite the COVID-19 pandemic putting a halt to most live entertainment, BTS has continued to generate revenue through high-performing online concerts, merchandise and other content over which Big Hit retains heavy control through its own streaming platform, Weverse.RELATED BTS images deleted after China condemns band, report says

Over the weekend, the K-pop stars held a two-day pay-per-view concert, “Map Of The Soul ON:E,” which drew nearly 1 million viewers worldwide, according to Big Hit. Ticket prices ranged from roughly $45 to $80. A previous concert held in June drew over 750,000 paying fans.

The Big Hit IPO was South Korea’s largest since 2017, raising $841 million earlier this month and continuing a string of successful IPOs recently launched in the country, including offerings from SK Biopharmaceuticals, an affiliate of South Korea’s massive SK Group conglomerate, and video game maker Kakao Games.

Some analysts have expressed concern about Big Hit’s heavy dependence on BTS as their main source of revenue.RELATED South Korea military does not rule out BTS service postponement

One factor that could impact the band’s future is South Korea’s mandatory military service, which requires all able-bodied men to serve for nearly two years between the ages of 18 and 28. Defense minister Suh Wook said earlier this month that an exemption will not be possible for BTS, whose oldest member, Jin, is 27.

However, South Korea’s military recruitment agency told parliament this week that it is working on a proposal to defer enlistment for global pop culture stars who enhance South Korea’s reputation.

BTS also finds itself at the center of a controversy in China, after Chinese state media condemned the boy band over comments its leader RM made in reference to the shared suffering of the United States and South Korea during the 1950-53 Korean War.

State-run Global Times claimed in an article published earlier this week that BTS “hurt the feelings” of the public by not mentioning China’s own sacrifice in the conflict, sparking a backlash and boycott calls.

Big Hit Entertainment’s Bang Si-hyuk said the company would find “growth potential” moving forward during a listing ceremony that was live-streamed on YouTube.

“We will uphold the stockholder’s value in various terms by raising profitability, growth potential and contributions to society,” Bang said, according to news agency Yonhap. “We will spur efforts to become the world’s best entertainment and lifestyle company.”