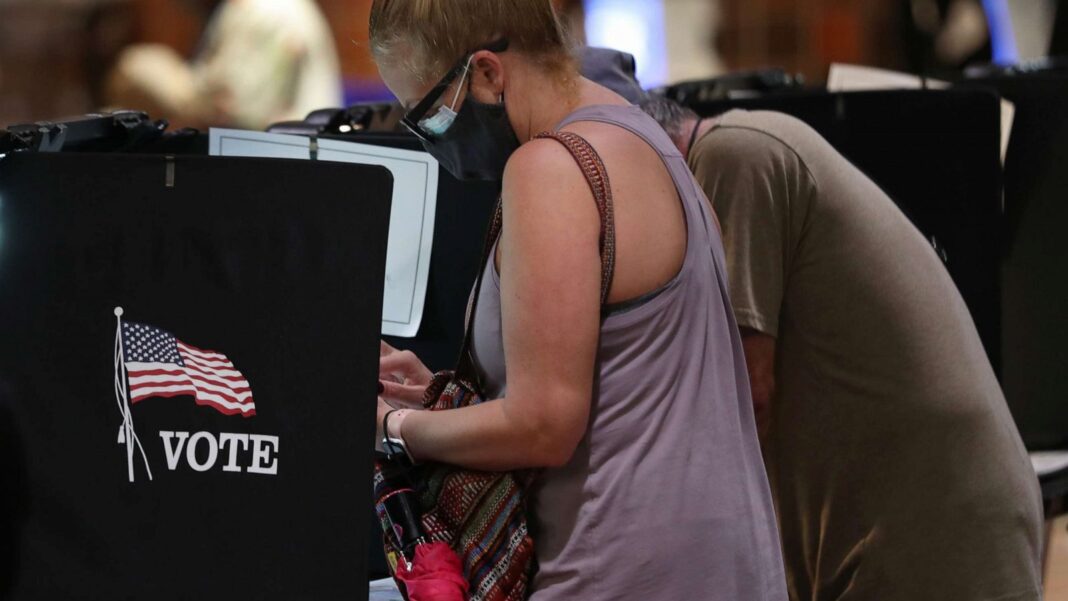 The Department of the Treasury’s Office of Foreign Assets Control (OFAC) designated five Iranian entities for attempting to influence elections in the United States after an email campaign attempting to intimidate Democratic voters, the Trump administration blacklisted five Iranian entities including its elite Islamic Revolutionary Guard Crops for meddling in the upcoming U.S. presidential election.

According to a statement issued by the US Department of the Treasury, the Iranian regime has targeted the United States’ electoral process with “brazen attempts” to sow discord among the voting populace by spreading disinformation online and executing malign influence operations aimed at misleading U.S. voters. Components of the Government of Iran, disguised as news organizations or media outlets, have targeted the United States in order to subvert U.S. democratic processes.

“The Iranian regime uses false narratives and other misleading content to attempt to influence U.S. elections,” said Secretary Steven T. Mnuchin in a prepared statement. “This Administration is committed to ensuring the integrity of the U.S. election system and will continue to counter efforts from any foreign actor that threatens our electoral processes.”

Treasury designated the Islamic Revolutionary Guard Corps (IRGC), the IRGC-Qods Force (IRGC-QF), and Bayan Rasaneh Gostar Institute (Bayan Gostar) pursuant to Executive Order (E.O.) 13848 for having directly or indirectly engaged in, sponsored, concealed, or otherwise been complicit in foreign interference in the 2020 U.S. presidential election. The Iranian Islamic Radio and Television Union (IRTVU) and International Union of Virtual Media (IUVM) were designated pursuant to E.O. 13848 for being owned or controlled by the IRGC-QF. The IRGC, including the IRGC-QF, has been designated under multiple authorities since 2007.

Since at least 2015, Bayan Gostar has served as a front company for IRGC-QF propaganda efforts. In the months leading up to the 2020 U.S. presidential election, Bayan Gostar personnel have planned to influence the election by exploiting social issues within the United States, including the COVID-19 pandemic, and denigrating U.S. political figures. As recently as summer 2020, Bayan Gostar was prepared to execute a series of influence operations directed at the U.S. populace ahead of the presidential election.

IRTVU, a propaganda arm of the IRGC-QF, and IUVM aided Bayan Gostar in efforts to reach U.S. audiences. In addition, IRGC-QF outlets amplified false narratives in English and posted disparaging propaganda articles and other U.S.-oriented content with the intent to sow discord among U.S. audiences. IUVM also posted conspiracy theories and disinformation related to the COVID-19 pandemic.

The Treasury Department encourages citizens to confirm information received via social media intelligently by going to multiple trusted sources for news and information, particularly when the source or suspected source of the information is from outside the United States.

As a result, all property and interests in property of the persons designated today subject to U.S. jurisdiction are blocked, and U.S persons are generally prohibited from engaging in transactions with them. In addition, foreign financial institutions that knowingly facilitate significant transactions for, or persons that provide material or certain other support to, the persons designated today risk exposure to sanctions that could sever their access to the U.S. financial system or block their property and interests in property under U.S. jurisdiction. Additionally, any entities 50 percent or more owned by one or more designated persons are also blocked.