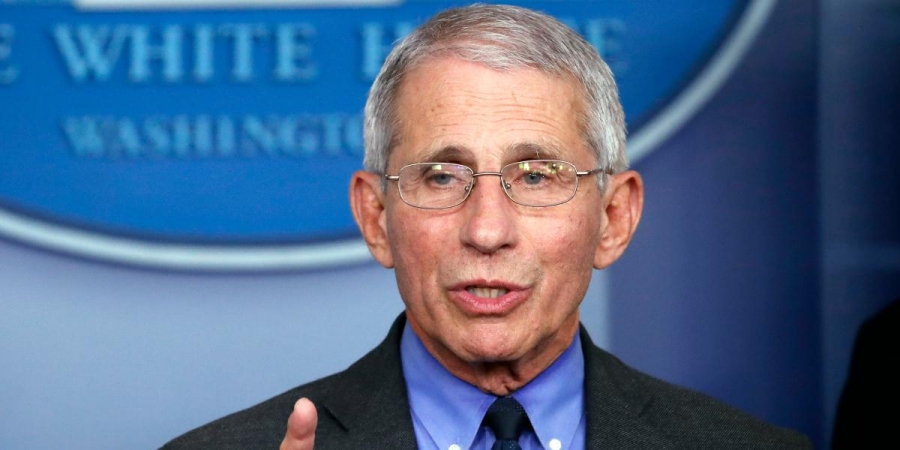 Dr. Anthony Fauci, the director of the National Institute of Allergy and Infectious Diseases, warned that the United States is primed to experience “a whole lot of hurt” as winter approaches due to the potential for surging coronavirus cases and deaths, comments that drew criticism from the White House on Sunday.

Fauci, who is also a member of the White House’s coronavirus taskforce, said President Donald Trump is looking at the pandemic from a perspective focused on “the economy and reopening the country” while Democratic presidential nominee Joe Biden “is taking it seriously from a public health perspective.”

The White House responded to Fauci’s comments in a statement accusing him of “playing politics” days before Tuesday’s presidential election.

“As a member of the task force, Dr. Fauci has a duty to express concerns or push for a change in strategy, but he’s not done that, instead choosing to criticize the president in the media and make his political leanings known by praising the president’s opponent — exactly what the American people have come to expect from The Swamp,” according to one of the WH spokespeople.

Fauci told The Washington Post that the White House’s pandemic response has left the nation in a perilous position as cold weather forces more people indoors. “We’re in for a whole lot of hurt. It’s not a good situation,” Fauci said in the interview published Saturday. “All the stars are aligned in the wrong place as you go into the fall and winter season, with people congregating at home indoors. You could not possibly be positioned more poorly.”

The warning came as the United States reported 81,227 new cases and 862 new deaths bringing its world-leading totals to 9,130,482 infections and 230,856 fatalities, according to data collected by Johns Hopkins University. The cases record was 99,321 Friday.