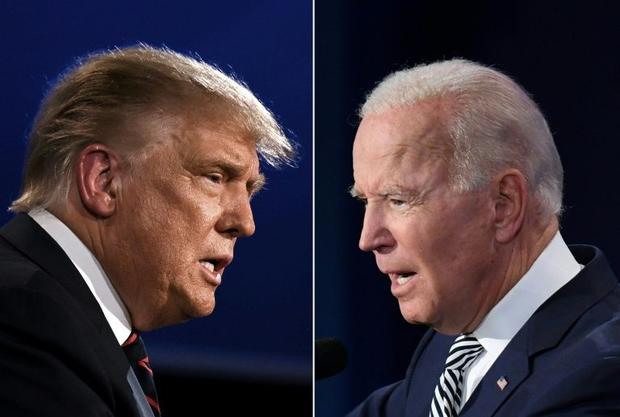 There are still millions of votes left to count in the key battleground states of Georgia, North Carolina, Pennsylvania and Michigan. Some of those are expected to come from Democratic-leaning cities and counties like Pittsburgh, Detroit and Atlanta.

Biden has a slight advantage in the national popular vote, leading Trump by about 2 million votes.

Biden holds leads in Arizona, Nevada and Wisconsin. Fox News has declared Arizona for Biden, which has traditionally leaned Republican.

The slow process of counting ballots, especially early vote and mail ballots, was expected to shift the margins in Biden’s favor. Pennsylvania may not report large chunks of its results for days because of an abnormally large number of mail-in ballots driven by the pandemic.

Overnight, both candidates spoke about the state of the race. Trump attempted to claim victory, although no news outlet has declared him the winner.

“We were getting ready for a big celebration. We were winning everything, and all of a sudden it was just called off,” he said early Wednesday. “We’ll be going to the US Supreme count we want all voting to stop.”

“We knew this was going to go long, but who knew we were going to go into maybe tomorrow morning or even longer,” Biden said when he addressed the media. “But look, we feel good about where we are. We really do.”

Arizona remains technically undecided but Biden has a significant lead and is considered likely to become the first Democrat to win the state since 1996.

Four of Nebraska’s five electoral votes have also been called for Trump and Biden is leading to take the other.