The Associated Press declared the former vice president Joe Biden as the winner of his native Pennsylvania at 11:25 a.m. EST. With his victory, Kamala Harris becomes the first woman to be elected vice president. She’s also the first Black and Asian American person to serve as second in command.

The AP called the race for Biden, who held a 34,243-vote lead after it determined that the remaining ballots left to be counted would not allow incumbent Donald Trump to catch up. The news agency had already declared Biden the winner in both Michigan and Wisconsin.

President-elect Biden’s victory came after more than three days of uncertainty as election officials sorted through a surge of mail-in votes that delayed processing. Biden crossed the winning threshold of 270 Electoral College votes with a win in Pennsylvania.

Since Election day, electoral College votes had been locked for days between the two candidates. After CNN, NBC News and The New York Times called Pennsylvania in Biden’s favor, he surpassed the threshold to secure the presidency.

Both President-Elect Biden and Harris were expected to address the country at 8 p.m. EST Saturday.

“I am honored and humbled by the trust the American people have placed in me and in Vice President-elect Harris,” Biden said in a statement.

Many experts see Biden’s victory was a repudiation of Trump’s divisive leadership and the president-elect now inherits a deeply polarized nation grappling with foundational questions of racial justice and economic fairness while in the grips of a virus that has killed more than 236,000 Americans and reshaped the norms of everyday life. 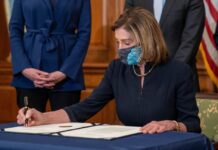 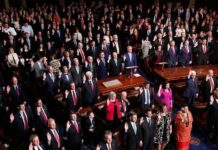 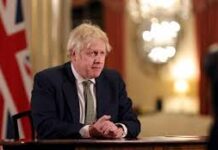