Under the terms of the agreement, Fairmount Park Racetrack will be rebranded as FanDuel Sportsbook and Horse Racing. In addition, the company plans a full revitalization of the venue including the opening of a FanDuel Sportsbook retail location. This partnership is in line with FanDuel Group’s long history in the sport of horse racing via its subsidiary TVG, an online ADW platform and sports-oriented digital cable and satellite television network. This agreement also signifies FanDuel Group’s first investment in a race track.

“We are delighted to partner with Fairmount Park to continue bringing high quality horse racing and soon additional entertainment experiences via our sportsbook to the region,” said Matt King, Chief Executive Officer of FanDuel Group. “Fairmount is an iconic state landmark which we plan to modernize bringing innovative technology and entertainment offerings only FanDuel can deliver.”

“Fairmount Park is excited to extend our partnership with FanDuel Group to now include their sports gaming platform,” said Melissa Helton, General Manager of Fairmount Park. “This partnership will allow the park to remain an important economic driver for the surrounding communities.”

The capital improvements, addition of a retail sportsbook and the new horse racing events are part of a modernization plan that will serve as a driver of economic growth for the region providing new jobs in the entertainment and hospitality sector. Fairmount has long been a prominent beacon of diversity hiring and FanDuel Group’s investment will fully align and accelerate the track’s proud history as a bedrock in the community.

Fairmount Park Racetrack is located in Collinsville, Illinois. It is one of three horse racing venues currently active in Illinois and the only one outside of the Chicago metro area. The track opened in 1925 and offers thoroughbred flat racing on a one-mile dirt oval. Fairmount Park has been approved to host 53 live racing days in 2021 along with daily simulcast wagering on tracks throughout the country.

FanDuel Group has a long history in the sport of horse racing through the TVG brand. Launched in 1999, TVG broadcasts 60,000 races from more than 150 tracks around the world on its two channels, TVG and TVG2. TVG has invested in a best-in-class OTT HD product and is available in HD via DirecTV and Spectrum Cable systems along with streaming services like YouTube TV, fuboTV and AT&T Now. TVG also simulcasts and shares production resources with NBC Sports, NBCSN and multiple NBC regional sports networks to provide coverage of major horse racing events during the year 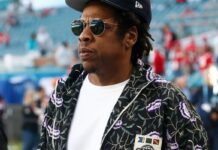 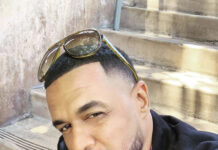