Leaders of the world’s 20 biggest economies have said they would ensure an affordable and fair distribution of COVID-19 vaccines, drugs and tests around the world so that poorer countries were not left out, according to a final summit communique which, however, gave few specifics.

As the coronavirus pandemic rages – having so far infected 58 million people globally and killing 1.3 million – the club of the world’s richest nations adopted a unified stance on the challenges ahead during the virtual gathering hosted by Saudi Arabia.

The two-day summit of heads of state was held virtually due to the coronavirus pandemic, which has killed at least 1.38 million people globally, with the world’s highest death tolls recorded in seven of the G-20 countries. The virus has wiped out hundreds of millions of jobs globally and plunged millions into extreme poverty.

The virus “revealed vulnerabilities in our preparedness and response and underscored our common challenges,” the G-20 said in a final statement that focused heavily on battling the coronavirus, enhancing environmental protections and supporting the global economy.

Per a statement, the G20 countries said they supported a global project for vaccines, tests and therapeutics – called Access to COVID-19 Tools (ACT) Accelerator – and its COVAX facility to distribute vaccines.

“We have mobilised resources to address the immediate financing needs in global health to support the research, development, manufacturing and distribution of safe and effective Covid-19 diagnostics, therapeutics and vaccines,” the statement said.

United Nations chief Antonio Guterres had said another $28bn (£21bn) was needed to develop vaccines, diagnostics and therapeutics, including $4.2bn before the end of this year, but the final communique made no mention of these sums.

While richer nations plan their vaccination programmes – with the United States expecting to launch in mid-December – experts warn that developing countries face hurdles that could deny billions the first proven protection against the virus.

On Sunday, German Chancellor Angela Merkel expressed concern that no major vaccine agreements had been struck yet for poorer countries.

“We will now speak with (global vaccine alliance group) GAVI about when these negotiations will begin because I am somewhat worried that nothing has been done on that yet,” Merkel told reporters in Berlin after the virtual G20 meeting.

US President Donald Trump on Saturday did not participate in a virtual G-20 session on global response efforts to the pandemic and improved pandemic preparedness, even as Covid-19 cases surge and break daily records in the U.S.

Major leaders among the world’s 20 largest economies delivered video messages for the virtual session on pandemic preparedness, including the leaders of Saudi Arabia, France, Germany, Italy and South Korea. Trump did not deliver a message for the event, and there did not appear to be an American presence in the session.

Trump participated in the opening ceremonies of the virtual summit hosted by Saudi Arabia with the rest of the G-20 leaders. The president later went to his golf course, Trump National Golf Club in Sterling, Virginia, where he’s spent the last several weekends since losing the presidential election.

The White House, in a statement released later Saturday, said Trump discussed with world leaders the need to restore economic growth and jobs as the world battles the coronavirus and reaffirmed the importance of the G-20 for future prosperity. 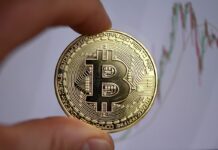 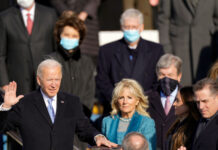 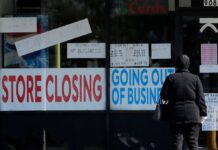