After the success of 2015’s “BBQ Awards” television commercial for the GEICO™ app, which featured the hit song Whoomp! (There It Is), GEICO enlisted the ’90s hip-hop duo Tag Team, DC (The Brain Supreme) Glenn and Steve (Rolln) Gibson, to bring their trademark party vibe and off-the-charts energy to the newest multimedia advertisement for the insurance company.

The commercial went live Dec 2020, and has already become a favorite in the advertising world; it was named the Reel Ad of the Week by Reel360 after a few days on the air.

The GEICO ad features the ’90s hit Whoomp! (There It Is) which turned 28 this year. The song has universal appeal, but the true allure behind the music isn’t the catchy lyrics or the thumping beat.

The artists behind it. DC Glenn and Steve Gibson have brought irresistible energy to every half-time show, music festival, and corporate event they’ve performed the song at for nearly three decades. The new commercial for GEICO™, called “Tag Team Helps with Dessert,” has brought pure fun back to living rooms across America.

The Martin Agency, Adweek’s 2020 US Agency of the Year created the spot. 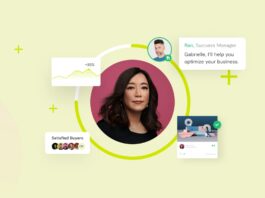