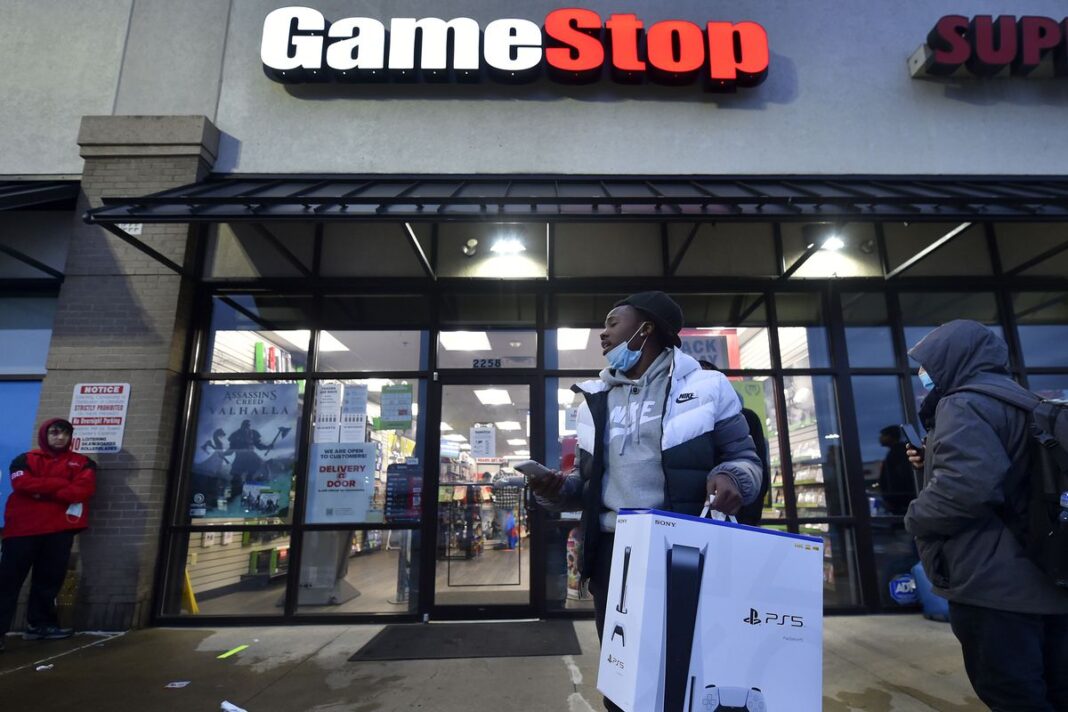 GameStop shares are up nearly 40%, after doubling in price on Wednesday, in a new rally into the stock. The new spike in GameStop stock comes weeks after a massive jump in late January as individual investors on the Reddit forum r/wallstreetbets pushed shares for the struggling video game retailer to new highs, forcing hedge funds shorting the stock to close their positions at major losses. The shares continued to rise as investors took to Robinhood to trade the stock.

Trading of GameStop stock was temporarily halted multiple times during the trading day, as the wild trading session kicked off.

The r/wallstreetbets forum due to a cryptic tweet of an ice cream cone from Ryan Cohen, one of the largest shareholders in GameStop through his firm RC Ventures.

Cohen, who founded the e-commerce platform Chewy, was appointed as a member of GameStop’s board of directors in early January, just prior to when members of r/wallstreetbets began touting GameStop stock.

GameStop stock was relatively flat Wednesday morning until Cohen — who is not particularly active on Twitter — tweeted the photo of the ice cream. In the hours after his tweet, shares surged more than 85%, jumping from $49.46 a share to a closing price of $91.70 on Wednesday.

On Thursday morning, moderators of the r/wallstreetbets forum tweeted “Good Morning Everyone,” using special characters to emphasize the letters “GME,” the ticker for GameStop stock.

The initial GameStop story drew the attention of lawmakers and prompted a House hearing last week. The House Financial Services Committee summoned some of the key players in the drama to the hearing, including Robinhood CEO Vlad Tenev and Reddit user Keith Gill.