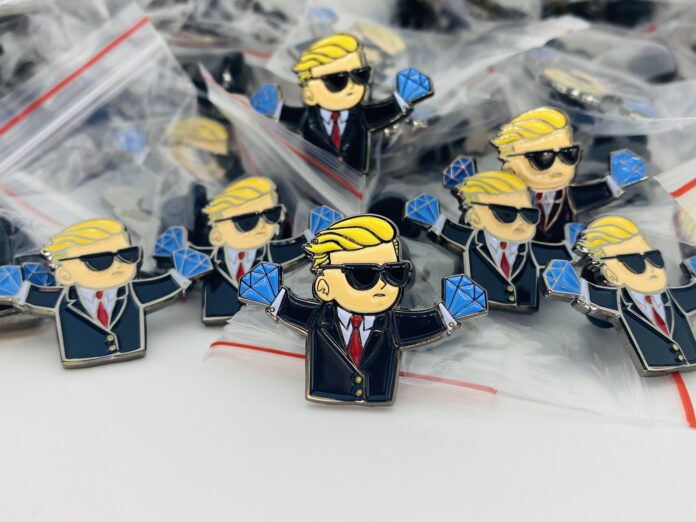 More Americans are choosing to put their latest stimulus check money to work for them in the stock market, according to trading app Webull CEO Anthony Denier. Their actions are affecting the parabolic growth and valuations of stocks like Sundial Growers (NASDAQ:SNDL) and others.

“We have seen an uptick in deposits for sure,” Denier said this week in an interview on CNBC’s “Closing Bell.”

Eligibility for the new government relief payments is determined by how much money a person makes and some Americans have been putting the money to use in the most constructive way they can, ignoring advice from people like Warren Buffet who advises people that when any extra money lands, their first move should be to pay off credit card debt. Buffet, who is a billionaire investor himself says “the world is in love with credit cards,” but they’re too costly.

Still, a recent survey from Deutsche Bank indicated that many Americans especially young investors were planning on using their Covid-19 relief checks to join the Retail Investment Boom. Many, as it turned out, placed bets on some of the most popular social media stock plays which have been re-defining the entire stock market landscape.

The most recent batch of payments started to hit bank accounts this week but the Internal Revenue Service is still busy sending more.

The latest news may not come as a surprise to some who watch the market, since stocks trading was previously tracked among one of the most popular uses for stimulus checks in nearly every income bracket, according to software and data aggregation company Envestnet Yodlee. That firm found that Americans earning between $35,000 and $75,000 per year began trading stocks 90% more often than the week prior to receiving their government checks.

“There’s definitely a pretty substantial increase in the amount of activity that we’ve been seeing during this whole stimulus download over the last week and a half,” Webull’s Denier said. “It remains to be seen how that kind of plays, but it certainly has risen the tide for all ships in the brokerage industry. Absolutely,” he told CNBC.

During the past two weeks, the most owned stock in the portfolios of trading app Robinhood has become Sundial Growers (NASDAQ:SNDL), putting it firmly ahead of which puts it ahead of names like Amazon (NASDAQ:AMZN), Microsoft (NASDAQ:MSFT) and Disney (NYSE:DIS).

In fact, no other cannabis stocks have attracted more overwhelmingly positive attention in 2021 so far than Sundial and Tilray (NASDAQ:TLRY). Sundial trades around $1.50 per share while Tilray trades around $25 per share, but the sentiment on both stocks remains overwhelmingly bullish despite the fact that share prices for both companies have almost tripled year to date.

“People are betting that Sundial will become the next Tilray,” said one StockTwits investor, “They even trade in the same pattern on any given day.” Sundial Growers became the next Canadian cannabis company to sell shares first in the U.S., following the path forged by Tilray and the seemingly sudden burst of retail investment attention allowed the once struggling company to raise substantial amounts of capital in the market during the last two months.

During an earnings call a couple of days ago, the company said they had completely eliminated $227 million in aggregate principal debt during 2020 and raised their amount of cash on hand from $60.4 million to $719 million since December 31, 2020. This has prompted critics like CNBC host Jim Cramer to slam Sundial, who back in February, urged retail investors to stay away from stocks that are popular on social media. By contrast, a month later, Cantor Fitzgerald’s analyst Pablo Zuani just told investors that Sundial “will look to M&A both in the domestic and elsewhere” after the company confirmed rumors and hinted that they would deploy some of those funds shortly.

“We’re not going to give a lot of in-depth commentary on the specific transactions that we’re working on today,” said Sundial’s CEO Zach George, “but what I can tell you is that generally speaking the pipeline that we’re looking at falls into two main categories. One would be more vanilla M&A (Mergers and Acquisitions) and the second would be direct or structured investments.”

One can argue that none of that would have been available to Sundial at this point in their public corporate journey, had it not been for their enthusiastic base of new retail investors.

Perhaps these cannabis stocks are riding a wave of renewed interest following months of positive political developments which still continue, but perhaps more importantly, they may have just taken a huge short cut towards becoming sector leaders by having drawn the dollars and attention from the same type of retail traders on Reddit’s WallStreetBets forum that rode GameStop ‘s (NYSE: GME) stock to extremely over valued levels. Social media stocks like AMC Entertainment (NYSE: AMC) have continued to trade at very active levels every day. GameStop snapped a 3-week win streak, while AMC managed to stretch their win streak to 5 weeks.

Will these retail investors continue to see their picks become self-fulfilling prophecies to profits or will the management teams at these different companies let them down by failing to execute? What each side does, will affect the most important force keeping Wall Street’s bullish win streak going in 2021.

JPMorgan Chase CEO Jamie Dimon: US economy is poised to come roaring back

The Royal Mint celebrates 50 years with a new commemorative coin...