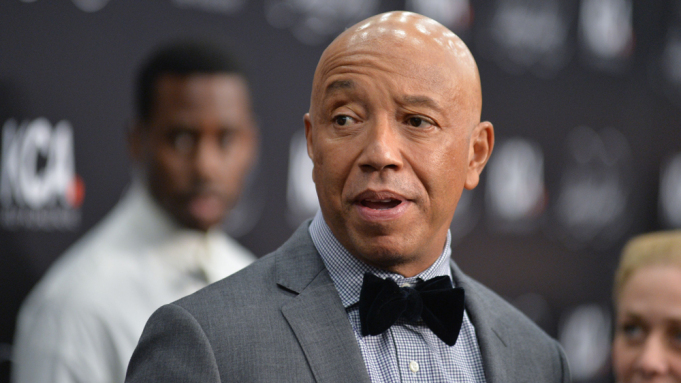 Russell Simmons, aptly named the ‘Godfather of Hip Hop’ is collaborating with Tokau to exclusively launch an NFT (non-fungible token) collection, ‘Masterminds of Hip Hop’. The joint venture aims to bring honor, credit and compensation back to the original musicians who helped create the multi-billion dollar industry that it is today.

Following the next few weeks, they will be releasing the names of the original pioneers who have joined the program, with the first group being DJ Hollywood, Grandmaster Caz, MC Lyte, and Busy Bee.

Such names are considered among the most important and influential pioneers of old school rap, with Hollywood being the first rapper in the hip-hop style, Grandmaster Caz being the first simultaneous DJ and MC in hip-hop history, MC Lyte being the first female rapper to ever be nominated for a Grammy Award, and Busy Bee having gained a large following through MC rap battles.

This collection series brings an insight into the history and roots of Hip Hop, giving exclusive behind the scene stories and memories from the early years of hip-hop that helped form the foundation of the culture, in the form of digital art collectibles.

Commenting on joining the program, DJ Hollywood said, “It’s an honor to have our story retold and to be given the opportunity to have the fans old and new to connect with and learn about what we’ve done to get here”.

“Not enough people know that the first records would not have been made without the success and raw talents of these artists. The most amazing part is seeing a piece of history and the future of technology come together; NFTs are truly a game-changer and I can’t wait to pay homage to my fellow pioneers of the movement known as Hip Hop, so stay tuned to Tokau for the announcement of many more names which will be a part of the collection,” added Simmons.

“TOKAU is super excited to be part of this joint venture and create the Masterminds of Hip Hop NFT,” says Miranda Tan, the spokesperson for TOKAU.  “These exclusive and limited NFTs are available only on TOKAU and Hip Hop fans globally can access and buy an NFT of these original creators that build Hip Hop to what it is today.”

TOKAU will be launching its NFT Eternal Bond products this month. TOKAU’s Eternal Bond is a very special and cool NFT where fans and Idol can be closely linked to each other through staking TOKAU tokens and sharing the financial benefits. Mastermind’s NFT and eternal bond will be available on TOKAU website where fans can buy the original creators NFT plus have an eternal bond with the Masterminds of Hip Hop by staking TOKAU tokens and sharing financial benefits with the founding fathers.

“The Mastermind of Hip Hop NFT and eternal bond is the first of its kind of financial product where fans can be eternally bond with their favorite stars by staking tokens and sharing the financial benefits the creators,” says Dennis Tok, TOKAU’s Co-CEO.  “This is a new instrument to fully utilize the celebrities star power and help stars and fans connect to each other and share the financial benefits.”

The ‘Masterminds of Hip Hop’ NFT collection will be available on Tokau, the world’s leading platform that allows celebrities and influencers to interact with their fans using blockchain NFT technology.

Owner of JC Penney and other popular shops goes Public