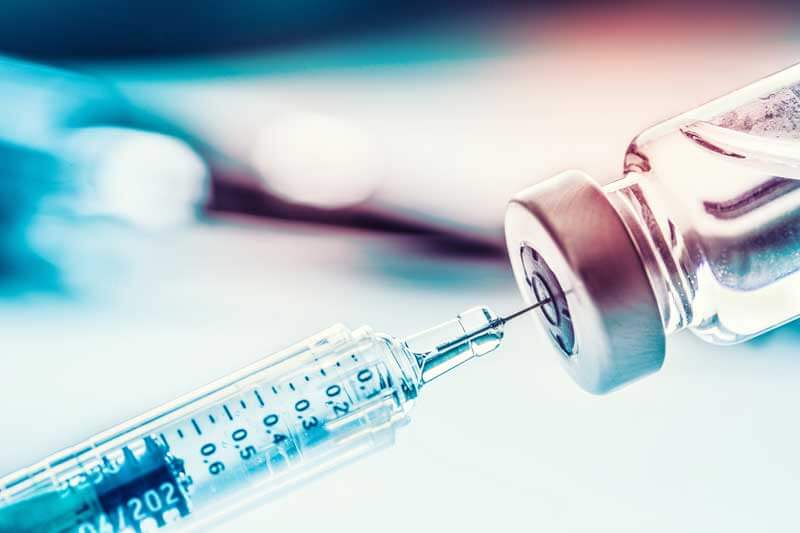 A COVID-19 investigational vaccine, developed by City of Hope scientists and now licensed to GeoVax Labs Inc., produced a robust neutralizing antibody and T cell (an immune cell) response against SARS-CoV-2 with no significant side effects in a Phase 1 clinical trial led by John Zaia, M.D., Aaron D. Miller and Edith Miller Chair for Gene Therapy, according to a study published today in The Lancet Microbe.

COH04S1 is uniquely different from the many vaccines that have been developed because it targets both the spike and nucleocapsid proteins, in contrast to the current U.S. Food and Drug Administration (FDA)-approved COVID-19 vaccines, which only target the spike protein.

COH04S1 is being studied in a first-of-its-kind Phase 2 clinical trial for immunocompromised cancer patients who have difficulty producing antibodies and largely depend on T cells to protect against the virus responsible for COVID-19. Likewise, COH04S1 is also being evaluated in a Phase 2 vaccine booster trial format, which is aimed at evaluating how COH04S1 can boost pre-existing vaccine immunity to spike while also causing a strong immune response to nucleocapsid.

COH04S1 elicited neutralizing antibodies against the virus’ spike protein, which interacts with the human cellular ACE2 receptor, allowing the virus to enter cells of the lung, heart and other organs, resulting in damage and significant inflammation. These neutralizing antibodies were effective against the original SARS-CoV-2 and subsequent viral variants. T cells were produced against the SARS-CoV-2 nucleocapsid protein, as well as its spike protein, after just one dose of COH04S1.

“This data confirms the powerful dual action of our vaccine,” said Don J. Diamond, Ph.D., professor in City of Hope’s Department of Hematology & Hematopoietic Transplantation and the vaccine’s lead developer. “Given the multiple mutations in spike, leading to variants of concern and inconsistent protection from existing FDA-approved vaccines, we are excited about our approach incorporating two antigens in one vaccine. Should a new mutation arise in the spike antigen that interferes with antibody recognition, we believe a person vaccinated with our vaccine would still have substantial T cell immunity against both the nucleocapsid and spike antigens that would protect them from the ravages of COVID-19.

“The T cell response is especially important for immunocompromised cancer patients as they can readily lose the ability to produce antibodies during and after chemotherapy or other treatments that deplete antibody-producing cells,” he added.

In November 2021, GeoVax licensed the vaccine for further development and commercialization, including potentially as a first-line COVID-19 vaccine. GeoVax has now designated the vaccine as GEO-CM04S1.

“Our license of GEO-CM04S1 (formerly known as COH04S1) represented a significant and exciting milestone for GeoVax, and the data published today confirm the validity of the vaccine’s approach against SARS-CoV-2,” said David Dodd, GeoVax president and CEO. “We believe the vaccine, containing the two antigens, S and N, along with the recognized antibody and cellular immune responses resulting from the MVA approach, has the potential to offer a more robust and durable booster protection than that from the current vaccines in use, as well as provide a greater degree of protection within immunocompromised patients.”

“We have developed a strong working relationship with Dr. Diamond and his colleagues at City of Hope as we make plans to accelerate the clinical advancement of this promising vaccine for patients and look for opportunities for further collaboration in other areas of vaccine and immunotherapy needs,” Dodd added.

For the Phase 1 trial at City of Hope, 58 healthy adult volunteers participated and 34 participants received two doses of COH04S1 28 days apart. Five received two placebo doses and 13 volunteers received a first dose of the vaccine and a second dose of the placebo. Volunteers who received the placebo were informed 56 days after the first injection — of either the vaccine or placebo — that they didn’t receive one or both vaccine injections. They were offered COH04S1 or one of the then-emergency use authorized vaccines as a second dose.

T cells against the spike and nucleocapsid proteins were induced following the first dose of COH04S1. Following the second dose, given four weeks after the first, high amounts of neutralizing antibodies were detected at the next monitoring period.

All vaccinated volunteers reached the primary immunological endpoint, defined as a four-fold increase of antibodies against the spike or nucleocapsid protein eight weeks after the first dose.

“Our vaccine could potentially be used as a first vaccination, or a booster to previous vaccinations, as it would boost antibodies to the spike protein and help generate T cells,” Diamond added.

The Phase 2 clinical trial of COH04S1 is the first to study the safety and effectiveness of an investigational vaccine in patients with blood cancer who have received a bone marrow transplant or chimeric antigen receptor (CAR) T therapy. The trial is also the first to compare an investigational COVID-19 vaccine to the Pfizer Cominarty vaccine in people who are immunocompromised and receiving immunosuppressive therapy.

The Phase 2 booster study is for healthy individuals, 18 years of age and older, who were previously vaccinated with one of the FDA-approved mRNA vaccines or the FDA-authorized Johnson & Johnson vaccine. The study is designed as a dose-escalation trial to evaluate the safety profile and immune response of COH04S1 as a booster shot. The immunological responses measured will include both the level of neutralizing antibodies against SARS-CoV-2, including omicron and T cell responses.

To produce the vaccine, a team led by Felix Wussow, Ph.D., and Flavia Chiuppesi, Ph.D., both City of Hope assistant research professors in the Department of Hematology & Hematopoietic Cell Transplantation, together with Diamond, first developed a synthetic modified vaccinia ankara (MVA) virus platform technology to house the genetic components that make up the vaccine at a molecular level. The natural form of the MVA virus, currently used in a smallpox vaccine, is approved by the FDA and has a record of safety and efficacy, rapid immune response and lasting protection in both healthy and immunocompromised patients. City of Hope has experience using the natural virus for transplant-related vaccines, such as the Triplex vaccine, which was used in a Phase 2 trial to prevent cytomegalovirus in immunocompromised stem cell transplant recipients and an oncologic-based vaccine as a therapeutic in breast, head and neck, ovarian, and other cancers.

WHO recommends groundbreaking malaria vaccine for African children at risk